When will we do it again? 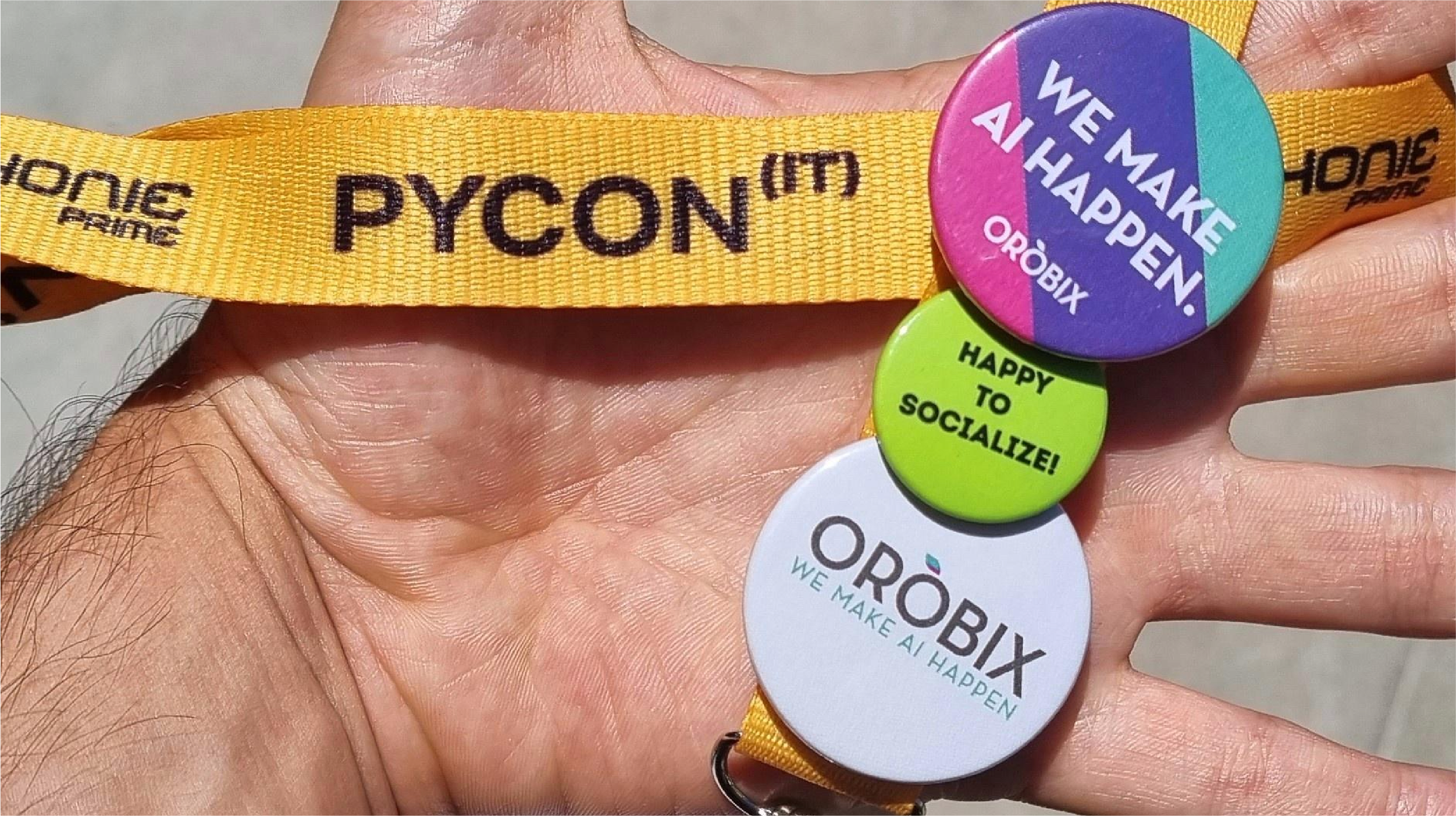 Pycon Italy 2022 through the eyes of our Data Scientists.

When our friends asked us about our plans for holiday of the 2nd of June and we replied “We’ll attend some Python conferences”, they looked at us weird and said: “Are you telling us that while you’re on holiday you’ll go watch work-related stuff? Why the hell are you doing that?!😱”.

In fact, the only answer we were able to give was: “We’ll go with our colleagues, it will be fun!” On a second thought, we could easily have gone to the beach if we wanted to have fun!😅

We left for Florence, the historical location of Pycon IT, on the morning of June the 2nd. We all met up in Brescia to drive a single car – and you could tell from our faces that none of us gave up on partying the night before – and we realized that, together with sleep we would also have had to face a tremendous heat. At that moment everyone thought: “Why the hell are we doing that?”.

Once in Florence, we stopped for a quick lunch, then check-in at our flat, showers and back on strolling again. Even if tired, none of us wanted to miss the opportunity to visit the city right away.

It was then that, while walking towards the city centre, we found the first reason to attend Pycon IT: the casual encounters!

In a bar along the street we met Nicole – a colleague from another branch – having a drink with Angela Parker. We joined them and shared a drink. We later discovered that Angela would be one of the event’s speakers, but honestly we could figure it out from the very beginning: she caught our interest through her personality, leading the conversation while not letting anyone feel excluded.
Meeting Angela was the first good experience of these four days and helped us realise that Pycon IT is not just happening at the Hotel Mediterraneo, where the talks are, but spreads out all over the city, into the streets where boys and girls with event badges around their necks gather together, to enjoy the night, taste the typical food and, most importantly, talk about nerd stuff.

With this community mood, people feel comfortable sharing a beer with Alejandro Saucedo– a Kubernetes expert – or talking to the CEO of an important company or to a famous developer, and are happy to have a conversation with a perfect stranger during the conference.

But at the Pycon IT, if anyone prefers not to socialise, he or she can show it by wearing a pin provided by the staff that states ”Prefer not to talk ❤️”. Because the organisers try their best to make the event open to anyone and as inclusive as possible.

All the organisers and the staff are the very heart of the event. Always there to make sure everything runs without problems inside and outside the hotel. The yellow t-shirts with the staff logo were a reference point for all of us during the four-day event and – even with the stress of a thousand things to do and very, very hot days – they never stopped smiling and always tried to help.

Like Angela, all the speakers were professional and inspiring. Even if we went home late every night enjoying the city and attending networking events, we always woke up early in the morning: nobody wanted to miss the talk on Continuous Delivery, the workshop on Data Visualization or the keynote on Unit Testing. Because all of us knew they would be interesting and there would be something to learn from them. But also we didn’t want to miss the fantastic buffet breakfast, which – like the excellent meals – let us gather the energy to get through the day.😄

In four days we collected many reasons to attend Pycon IT: from small things like gadgets and stickers to customise our laptops, to more relevant things like the chance to get in touch with communities like Django Girls and PyLadies - which promote a greater female participation in IT, a still male-dominated sector - or with organizations such as NumFocus, a non-profit association for the development of open-source libraries for the scientific world.

The drive back was easier. Tired from the tight schedule of the previous days, but still excited by the experience. When we arrived in Brescia, we were almost cold. We bid each other farewell before going home, all with the same idea in our minds: “When will we do it again?😎”

Contact us to find out how we can help your business